On December 31, 1942, the Counter Intelligence Section of the Seventh Naval District based in Jacksonville, Florida, distributed its monthly summary of subversive activities.  On page two of the summary, under the heading “Activities Concerning Negroes,” was printed a small paragraph credited to the FBI.  It read:

It has been reported that a movement known as the “March on Washington Movement” was active for about ninety days in Tampa, Florida, securing donations and enrolling negroes, the plan being to get enough people to march on Washington.  It was stated that such an action would be the only way to get results insofar as the advancement of the negro race was concerned. The Movement is said to be headed by Norman LACEY, Chairman, janitor at the Maas Brothers Office Building and Matthew GREGORY, Vice-Chairman, local representative of the Brotherhood of Sleeping Car Porters’ Union. The Movement, which is reported to be closely associated with the Tampa Union of the National Association of the Advancement of Colored People, is said to be dormant at the present time. . . Indications are, however, that the Movement is becoming active in Northern States.

The paragraph did not mention A. Philip Randolph, the national president of the Brotherhood of Sleeping Car Porters and one of the driving forces behind the March on Washington Movement.

Nearly two years earlier, in January 1941, in frustration over the federal government’s lack of support for opportunities in the booming war industries and equality in the military, Randolph had begun to organize the March on Washington Movement (MOWM).  Calling for grass-roots action instead of political negotiation, MOWM gained traction and momentum within the Black population as the July 1, 1941, date for the event neared.

In reaction to the fear of tens of thousands—if not more—African Americans marching on the nation’s capitol, President Franklin Roosevelt issued Executive Order 8802 providing for “the full and equitable participation of all workers in defense industries, without discrimination because of race, creed, color, or national origin.”

To investigate “complaints of discrimination in violation of the provisions of this order” it established the “Committee on Fair Employment Practice.”  In exchange for Executive Order 8802, signed on June 25th, Randolph called off the march.

But a lone photograph in the holdings of the National Archives at Atlanta points to possible changes in at least some people’s thinking.  This thought provoking image was taken at the Gadsden (Alabama) Ordnance Plant some time in 1942. It depicts a White employee and a Black employee working together at a machine press while manufacturing artillery shells.  The photograph was found with the records of the Office of the Chief of Ordnance (Record Group 156). 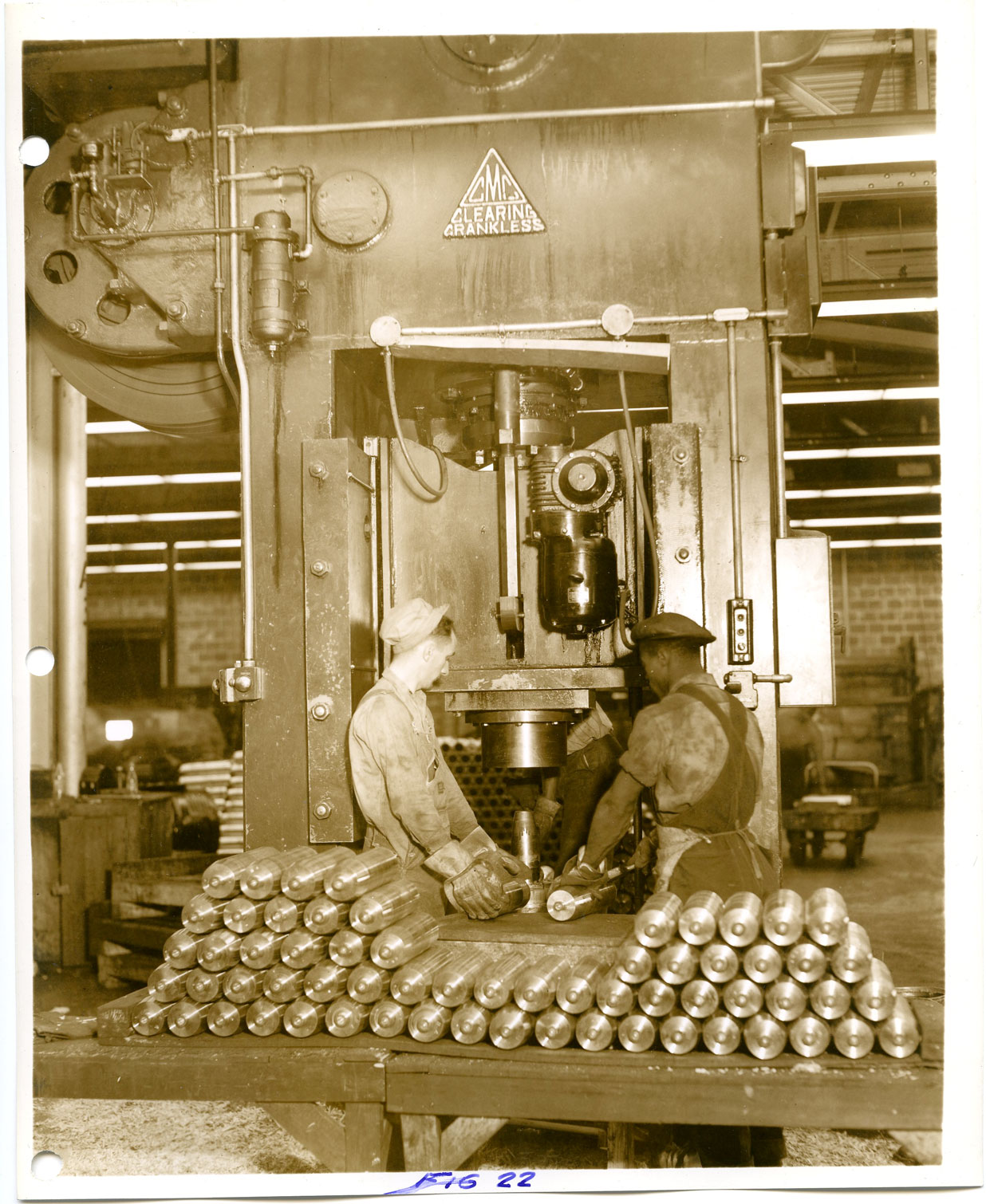 Joel Walker expands on this topic in his article “A. Philip Randolph’s Attempt at Equal Economic Opportunity: A Case Study,” in the current issue of Social Education, the Journal of the National Council for the Social Studies.

One thought on “What Effect Did the WWII Fair Employment Practices Commission Have on the Civil Rights Movement?”