A newly digitized immigration file can help students learn about persecution against Jewish people in Russia in the early 1900s, and how it caused a spike in Jewish immigration to the United States.

Today’s post comes from classroom teacher Amanda Hatch, writing about the Cowen Report that she digitized and described as a National Archives intern. Please note that this primary source document contains descriptions of disturbing events.

What at first boded to be a lengthy, dry immigration report, soon revealed itself as one of the hidden treasures of the National Archives. Writing in a gripping, first-person narrative, immigration inspector Philip Cowen gives an eyewitness report of anti-Jewish persecution in Russia at the dawn of the 20th century.

Sent by the U.S. Government on an undercover mission, Cowen traveled to the Pale of Settlement in Russia (St. Petersburg, Kief, and Odessa) in order to discover the cause of increased Jewish immigration from Russia to the United States. His findings revealed appalling and unremitting persecution of Russian Jews.

Through a tale of political intrigue, radical revolutionaries, and rampant corruption, Cowen tells of the Russian government’s persecution of Jews. Since 1882, the May Laws forced Jews out of their homes and required them all to live in the Pale of Settlement. 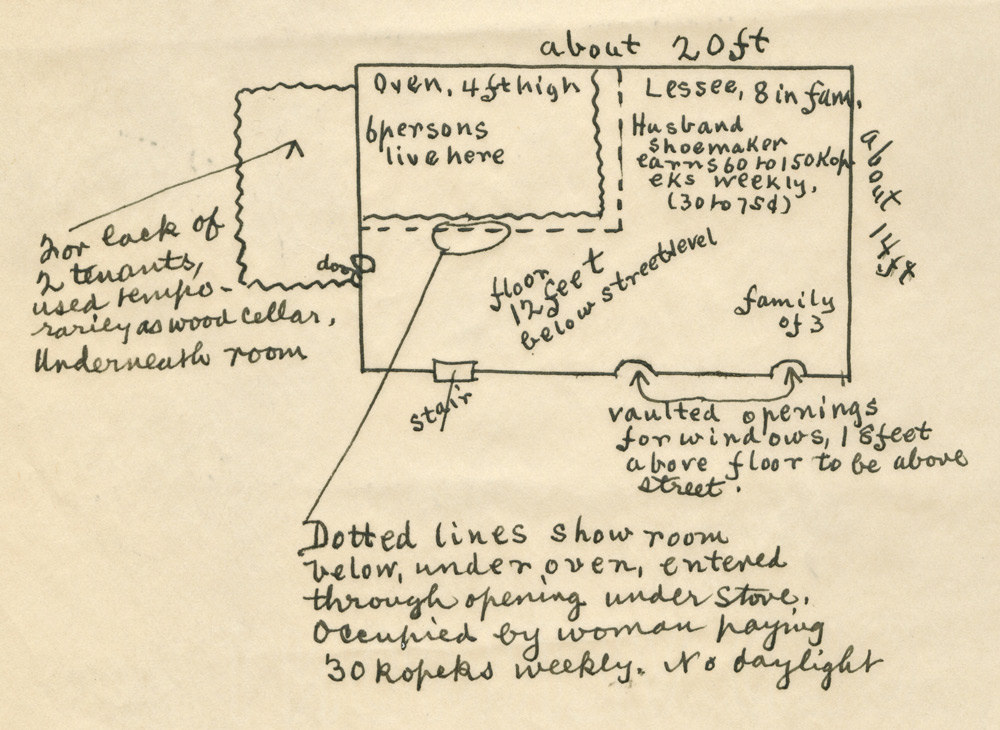 Crowded into such a small area, the Jews struggled to find jobs and pay rising rent prices. In poignant pictures and narration, Cowen tells of when he saw eight Jews living in one small room with children sleeping on top of the stove in order to stay warm. Speaking with one such family, Cowen thought he heard the wife say her husband earned 3 roubles a week:

‘What!’ cried she, ‘3 roubles? No, 2 roubles. How happy would we be if he earned three.’…Never in my life did a half dollar seem so large to me.

Yet most tragic of all is Cowen’s description of the 637 pogroms, targeted attacks on Jews, committed against Jewish communities in Russia. During these pogroms, entire Jewish cities were ransacked and destroyed while hundreds of Jews were brutally murdered. 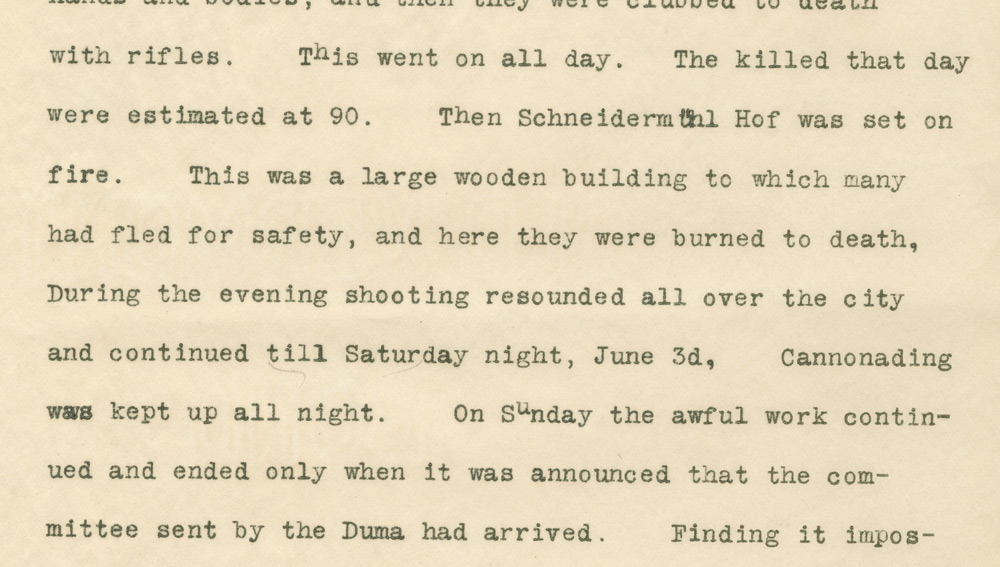 Cowen writes of these attacks through the stories of eyewitnesses who survived the pogroms. He writes of the Bialystok pogrom: “It lasted from 11 to 6:30PM. The police stood by but sought not to check the awful work, rather encouraging it… The killing was barbarous; nails were driven into the heads of people, their bones were broken in their hands and bodies, and then they were clubbed to death with rifles.”

Photos of homes riddled with gun shots provide a further insight into these terrible events. “The houses looked as if an enemy had gone through the town, its way fought step by step. Scarcely a house occupied by a Jew escaped riddling…”

In order to escape such persecution, Jews sought to immigrate to America. But by accompanying Jewish immigrants on their journey to escape Russia, Cowen was able to report that Jewish persecution did not end with their departure. Jews were repeatedly charged double or triple the cost of passports and boat tickets to America. Cowen’s report includes details of the immigrants’ voyage as well as photos of Jewish immigrants and a luggage tag.

Cowen’s immigration report truly creates a window into history for students and teachers alike. Through an intriguing first-person narrative, eyewitness accounts and photographs, this document helps students understand the anti-Jewish persecution that existed at the beginning of the 20th century, and explains the spike in Jewish immigration to the United States at that time.

You can read and teach with excerpts of the Cowen Report on DocsTeach, our online tool for teaching with documents from the National Archives.

Find the entire Cowen Report in our main online catalog. Parts of the report were originally digitized by teachers in our Primarily Teaching 2014 summer workshop in Washington, DC.

All images in this post come from the Cowen Report. The full citation is:

3 thoughts on “Eyewitness Accounts of Anti-Jewish Persecution in Russia in the Early 20th Century: The Cowen Report”