Tomorrow our country remembers, and reflects 75 years later, on the attack on Pearl Harbor, Hawaii, on December 7, 1941.

Our online tool for teaching with documents, DocsTeach, lets students work with primary sources as historical evidence to understand the country at the time and the U.S. entrance into World War II. 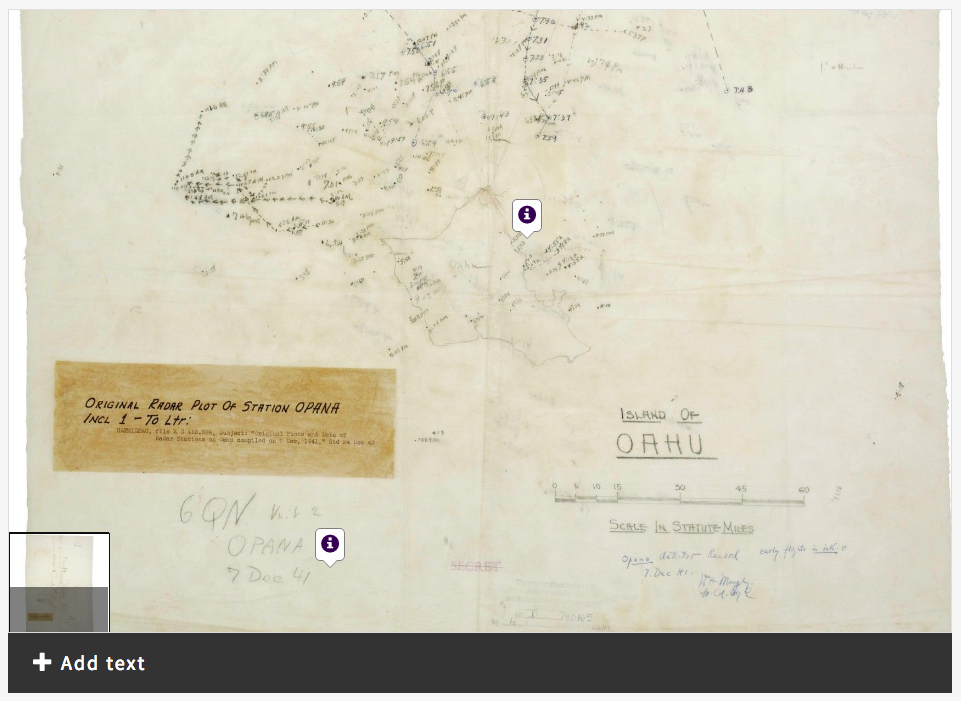 You can get students thinking about where information comes from, how it is presented, how its presentation affects understanding, and how information is used with the activity Analyzing Evidence of the Pearl Harbor Attack.

Students will use the interpretation tools available in the activity to analyze evidence collected during the Congressional investigation of the Pearl Harbor Attack. It is the Radar Plot from Detector Station Opana in Hawaii, recorded on December 7, 1941. It will remind students of the surprise nature, as well as the scale, of the attack. 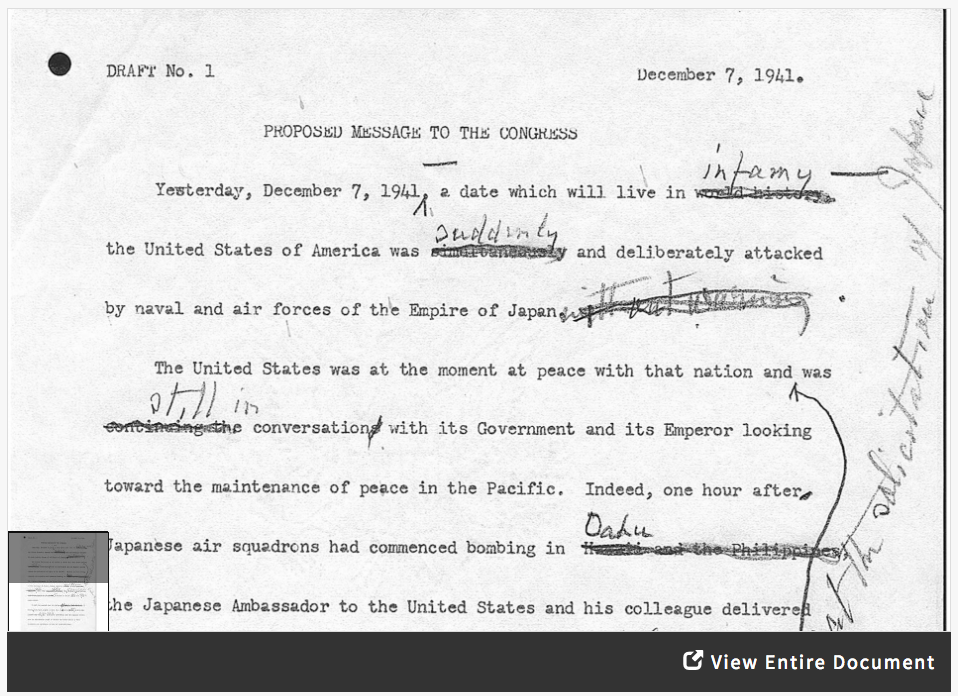 The activity Two Versions of FDR’s Infamy Speech presents students with drafts of President Franklin D. Roosevelt’s famous speech following the Japanese attack on Pearl Harbor: an earlier typewritten draft and the final Senate copy of the address. Students can read, analyze, and contrast these two versions to see the impact of his changes to the overall message and tone of the speech.

You can find additional primary sources related to Pearl Harbor on DocsTeach.

The National Archives holds historical materials such as photos, video footage, and military records, that chronicle this occasion and the military’s history and battles. Find more resources at www.archives.gov/calendar/pearl-harbor-75.