Just for fun — we’ve got a lineup of St. Patrick’s Day-themed primary sources to bring a little shamrock spirit into your classroom this March 17th.

On 3/16/1780 George Washington’s General Order granted Saint Patrick’s Day as a holiday to the troops. 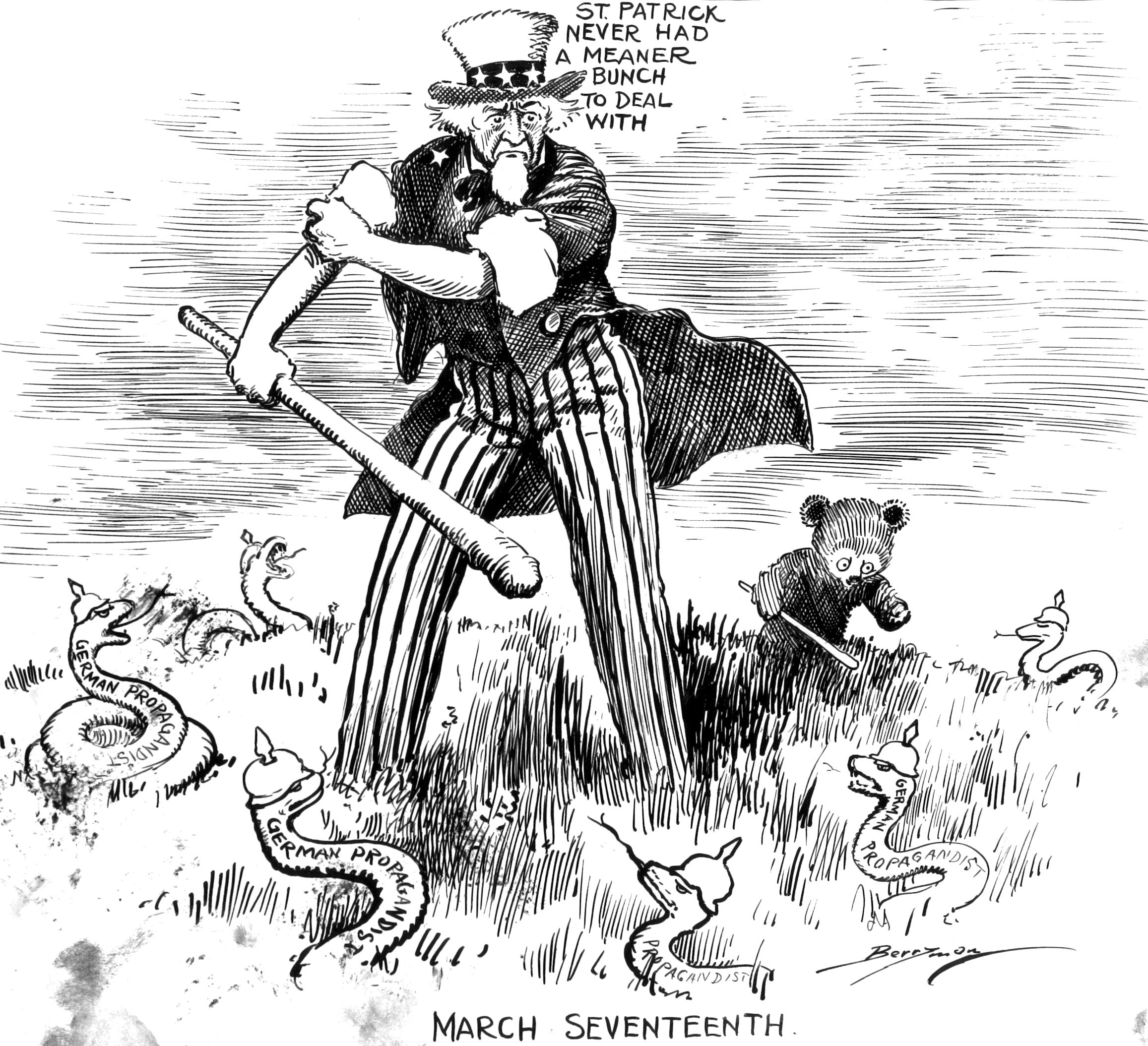 3/17/1918 – On Saint Patrick’s Day, cartoonist Clifford Berryman showed a determined Uncle Sam rolling up his sleeves and preparing to use a large club to deal with the many German propagandist snakes slithering in the grass around him. Teddy bear is by his side wielding a smaller stick. Throughout World War I the U.S. Government was forced to divert substantial resources to counter skilled German propaganda aimed at weakening the resolve of the American people to continue the war effort. Berryman used the Saint Patrick’s Day theme of driving the snakes out of Ireland as a model for driving out the German propagandists. 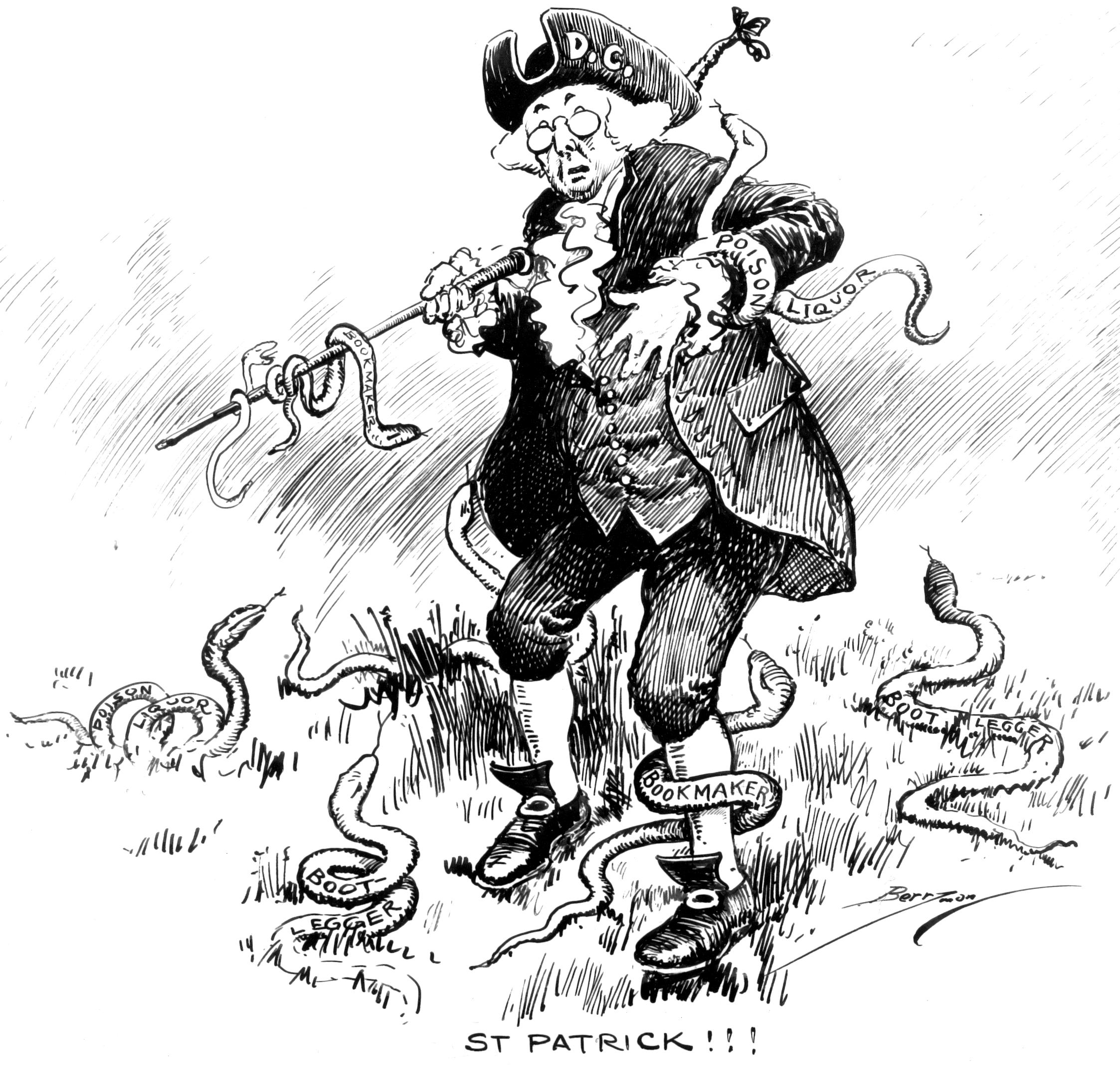 3/17/1922 – Cartoonist Clifford Berryman’s familiar character Mr. DC is in great need of St. Patrick. Evil snakes representing major problems with Prohibition frighten him. Poison liquor and bootlegging were a direct result of the 18th Amendment to the U.S. Constitution which prohibited the manufacture, sale or transportation of intoxicating liquors. In celebration of the famed St. Patrick who allegedly drove the snakes from Ireland, Mr. DC could use some of St. Patrick’s secrets to rid the District of Columbia of its problems. 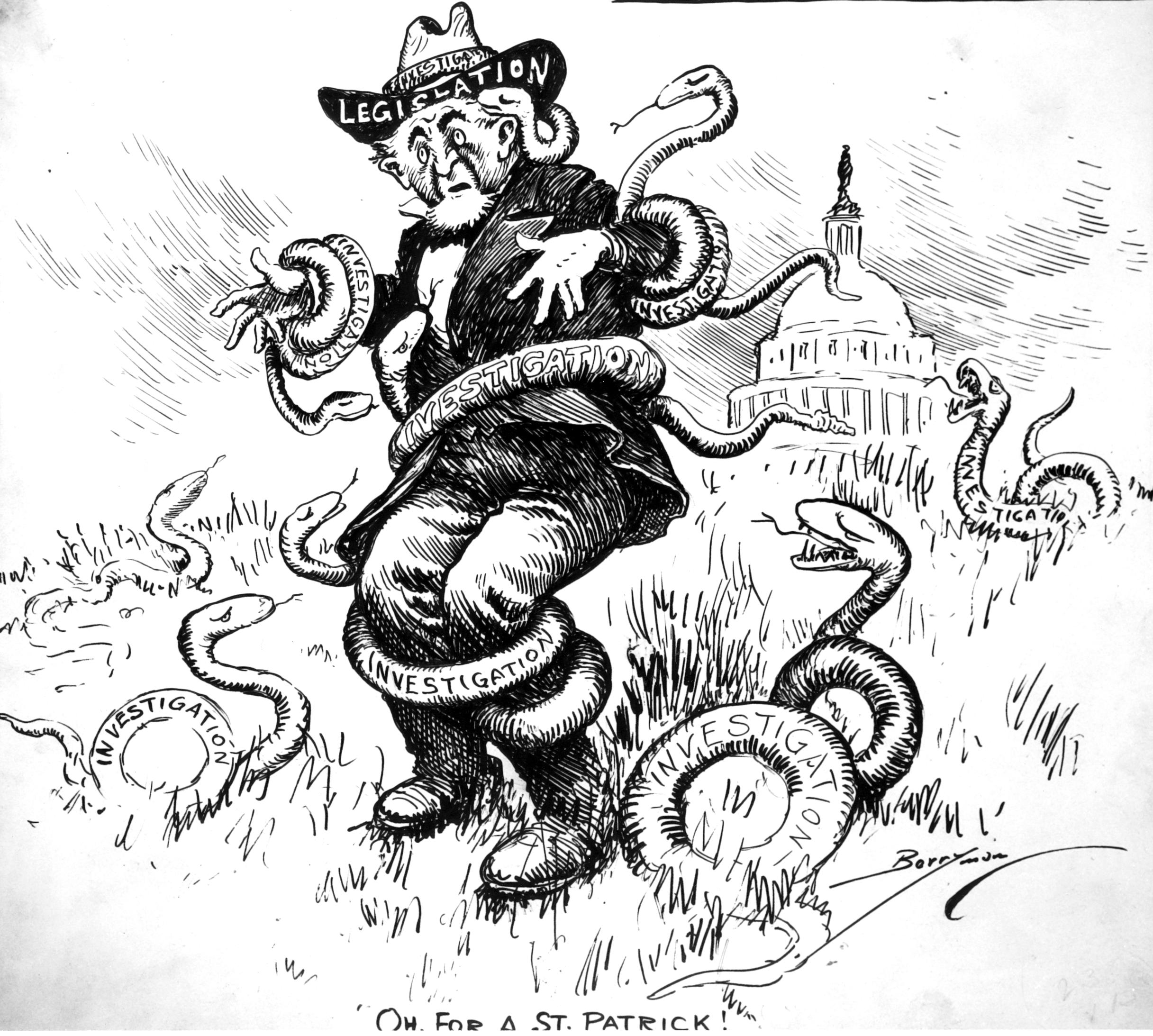 3/17/1924 – On St. Patrick’s Day, Cartoonist Clifford Berryman highlighted the main issue of the day – congressional investigations of scandal and bribery in both the executive and legislative branches over oil leases and other issues. He showed a man representing Congress being squeezed by “investigation” serpents, preventing other legislative activities from moving forward.

Food in the Military

Presidents and their families